The annual Hempfest in Seattle, Washington is considered to be the third largest political assembly in the US.  For over three decades, a 100,000 people gather during a three-day period to mobilize in favor of the decriminalization of Cannabis. (https://www.hempfest.org) James “Flaming Eagle” Mooney and I attended Hempfest in August 2011, representing ONAC regarding the use of cannabis as sacrament, and as a gift of medicine for the human family of Mother Earth.

The Hemp Fest is playful and zany-commercial, with everything imaginable (and some unimagined!) for sale and sample.  Set in a green, tree-forested park, there is a pale blue haze hovering over the crowd, especially at 4:20 pm, when reefers are passed freely to attendees, for a huge communal toke protesting the laws which imprison Cannabis users.

The atmosphere is colorful and rowdy, filled with rabble-rousers, hippies, musicians, dancers, artists and rebels of every stripe.  Since the Hempfest is held at a long stretch of beach in downtown Seattle, it is fair to say that there are miles of booths, restaurants, sound stages, and rest areas doubling back-and-forth along the waterfront, with live music & DJs keeping a variety of beats. 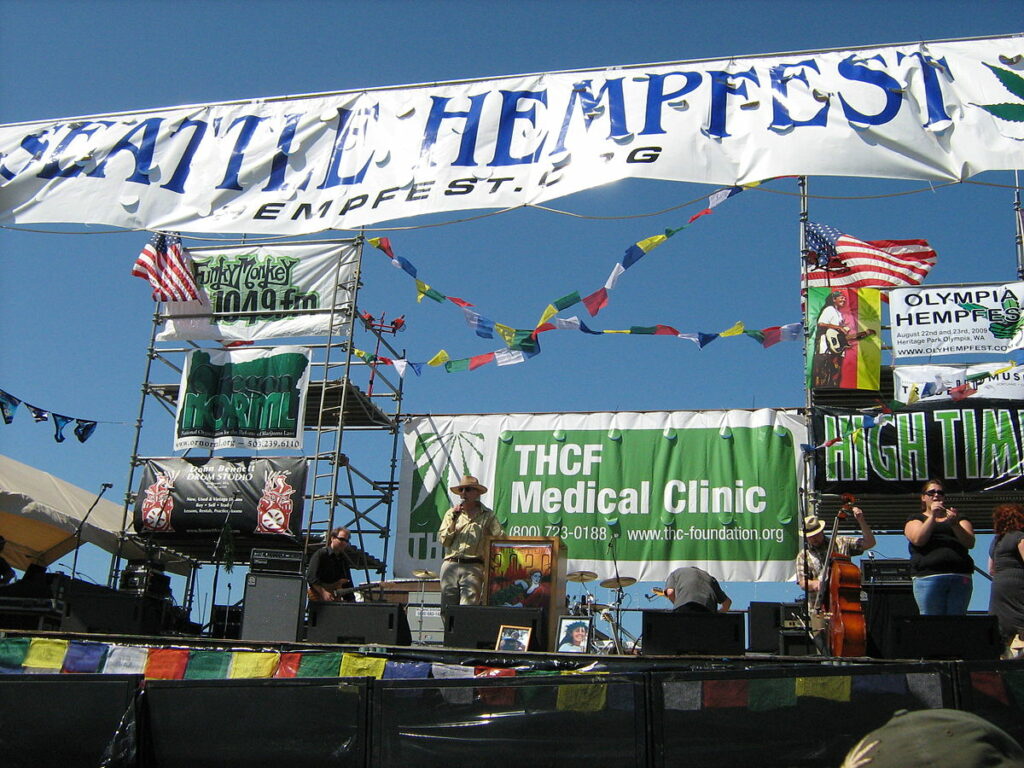 James delivered his encouraging message on different stages both Friday and Saturday, including an impromptu talk with attorneys at the VIP party Friday night.  I can attest to the open-arms attitude that greeted James everywhere he went.    Despite the party atmosphere, there seemed to be an unfulfilled spiritual emptiness that was soothed when people met James, along with those who accompanied him to help staff the ONAC booth.   We all noticed there is a great need in the people for a return to healing with the elements, and a closer walk with Mother Earth.

Hemp Fest founder Vivian McPeak made a soulful connection with James, and invited him to give a closing blessing from the main stage at sunset Sunday night.  James appeared as always, dignified in ceremonial attire, his turquoise coat and long silver hair in bright contrast to the dark-green camouflage and blue jeans favored by Hempfest staff.

Photographers call sundown the “magic hour”, since the western-setting sun washes the whole beach in a blaze of golden light.  As Vivian appointed person, Jimi Hendrix’s Daughter – Tamika Laurice James Hendrix introduced James; tens of thousands of people up and down the waterfront were somehow coordinated by Great Spirit to fall into a complete silence.

James blew through his eagle’s bone whistle; the high-pitched sound floated eerily over the crowd, amplified by giant speakers on every stage in the park.  James raised his prayer pipe to the heavens, and asked for a blessing for Hempfest and Seattle, that the gifts of Mother Earth would once more be freely given to her children, without legal restrictions in the coming year.

The moment was uniquely powerful, sacred and beautiful, as the universe conspired to make a perfect memory for us all.  I get truth bumps (Goosebumps) even as I recall it now.

But Great Spirit had one more surprise in store for us that day.  As James ended his prayer, someone directly in the front of the stage yelled out, “Look!  Look up!” pointing excitedly to the blue skies above. 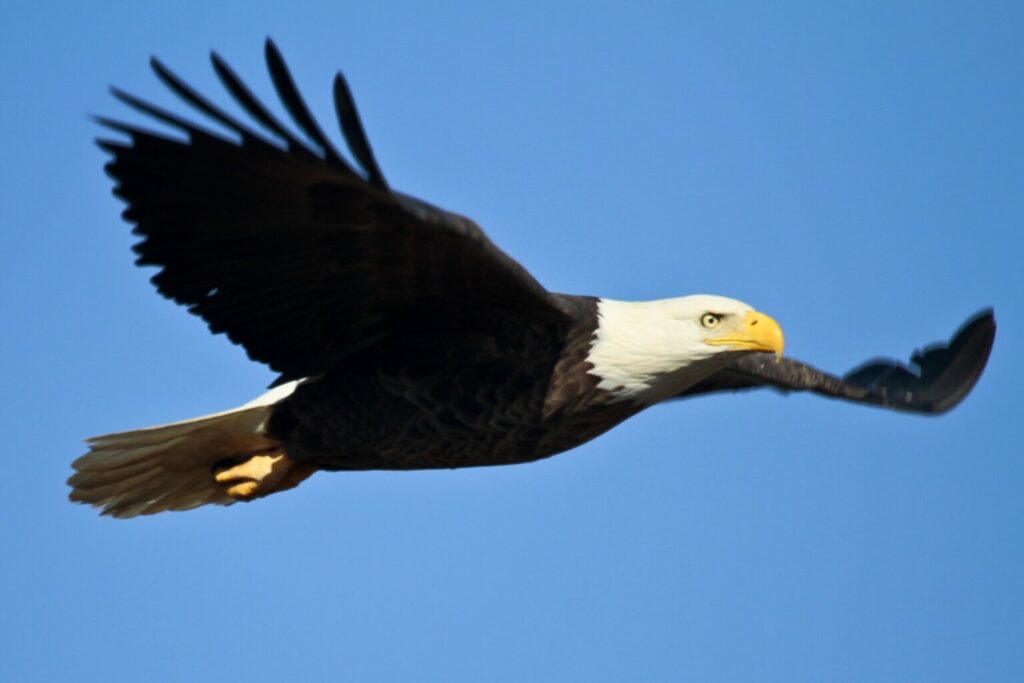 A majestic, lone bald eagle was slowly circling directly overhead James and the main stage, as concentric rings of white smoke floated upwards from his prayer pipe.  Amazement rippled through the crowd as people told one another “Look, See the eagle!” symbol of America’s freedom for over 200 years.

The best filmmakers in Hollywood could not have orchestrated a more perfect scene for us all that day.  James “Flaming Eagle” Mooney, as a servant of the Great Spirit, had divined a shining ceremony of harmony and oneness with Nature.

Another true miracle followed in the coming months, as the city of Seattle decriminalized the use of cannabis, opening the door for natural healing throughout the Emerald City.  Our Oklevueha Elder’s prayer and blessing was sanctioned by Spirit, a consecration on the decades of hard work by Vivian McPeak and scores of Hempfest volunteers.

This story reminds us that Spirit will bless our endeavors when we stay focused and strong.  Taking a stand is just the beginning; staying the course is how we cross the finish line.

And we should always pray for more miracles like this one!